Nearly early all of the early collections of Chinese dress and textiles in North American museums ultimately are traced to the Beijing art market, whether acquired first hand or through the agency of collectors selecting from previously acquired materials. This continuing series highlights some of the personalities involved with the movement of Ming (1368-1644) and Qing dynasty (1644-1911) artifacts from China to the West. The deluge of Chinese textiles in the Beijing art market from the period of regime change in 1911 to the Japanese invasion in 1937 was staggering. 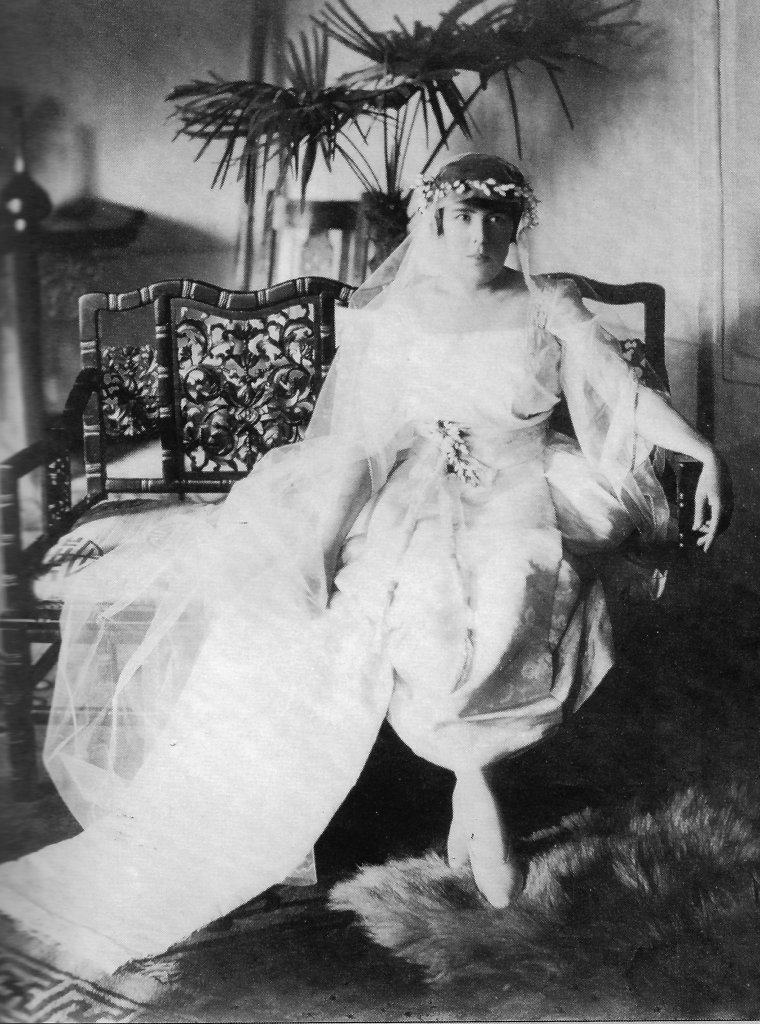 At nearly the same time that Currelly and Crofts were cementing a deal to build a Chinese collection at the Royal Ontario Museum (see Part 1), an American was off to China. Julia Darling St. Clair Krenz was born in St. Louis, Missouri on 30 April, 1882 to Arthur L. St. Clair and his wife Louise Johnson. She was the middle of three children. In 1917 she moved to Washington D.C. where she was employed by the Department of Agriculture and also worked as secretary to a Missouri senator. In 1918, at age 36, she was offered an overseas post with the State Department. When the posting officer learned that Julia had just bought a fur coat with her savings, he advised her to take the post in Beijing, China. He is reported to have said; “Julia, when the wind sweeps down from the Gobi Desert, you’ll gather that coat around you and be thankful!” (Margaret Zee [Margaret Krenz St. Clair Keenan], Peking Dust, p.2.) 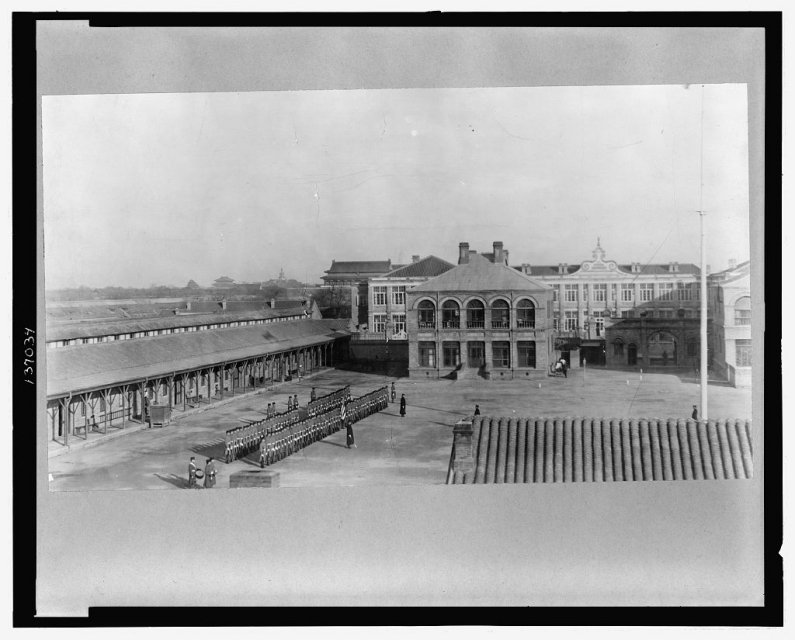 Marines in formation of the grounds of the U.S. Legation Beijing, ca. 1900. © Library of Congress, Frank and Frances Carpenter Collection, LC-USZ62-137034.

Henry, a former U.S. Marine, had served as Clerk at the American Legation since 1916. While Julia returned to the United States for the birth of her son in 1921; two daughters were born in Beijing in 1922 and 1924. In the 1920s Julia’s younger sister Dorothy M. St Clair (1889-1977) took a position as secretary to the American Consul in Beijing.

Disaster struck the family in 1927 when Henry pleaded guilty to embezzling $31,000 in bonds and was sentenced to five years imprisonment at McNeil Island, Washington State. Dorothy moved her nephew and nieces back to the United State in the summer of 1927. In 1928 Julia, joined by her children, rented a house in Washington D.C. where the 1930 federal census lists Henry as bookkeeper and Julia as the proprietor of an imported goods shop at her residence. Julia supported her family with the sale of Chinese artifacts that she had collected, and continued to collect. 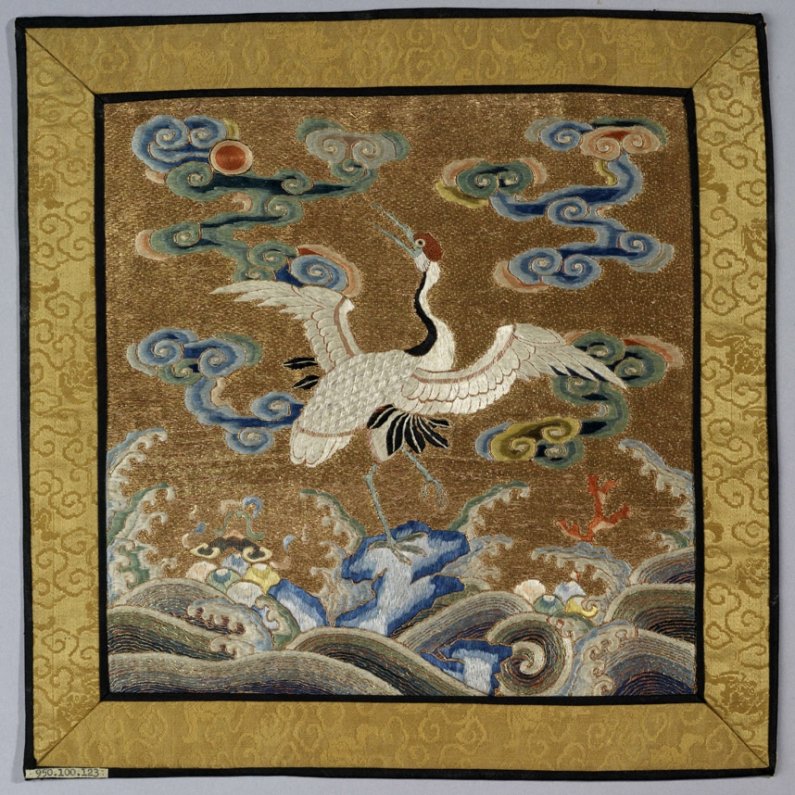 It was a time when China was in turmoil. The imperial dynasty had collapsed and many Chinese families that had been wealthy found it necessary to sell family treasures at bargain prices. Julia was among the many who took advantage of this situation, and, since the American dollar was strong, was able to build a collection. According to her son, “[Julia’s] eye for quality, and soon developed a reputation among the Chinese merchants for buying only the finest specimens. They, in turn, made a point of bringing the finest items to her attention” (F. Henry Krenz, personal correspondence and curriculum vitae for Julia St. Clair Krenz, June 3, 2013). 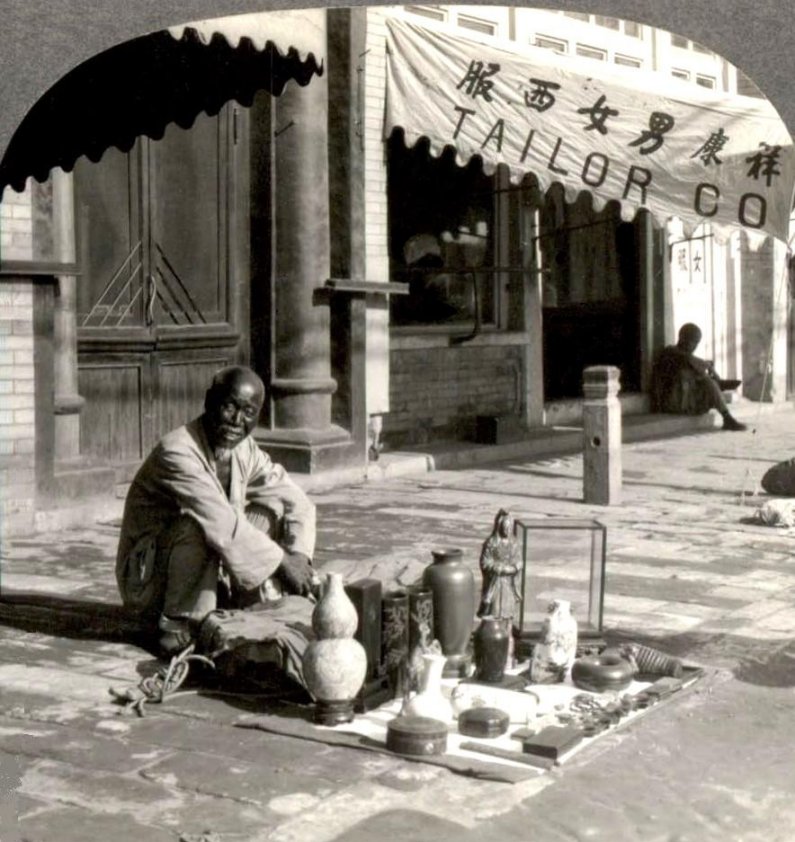 In 1931 Julia and the children (without Henry) joined Dorothy in Beijing, where Julia continued her business selling Chinese artifacts and the children attended the American School. We do not know much about Julia’s business, save for interactions with museums. In 1936 Julia sold 34 pieces of Ming and early Qing dynasty rank badges, festival squares and fragments to the Metropolitan Museum of Art. She also donated two presentation squares to the Museum at this time. 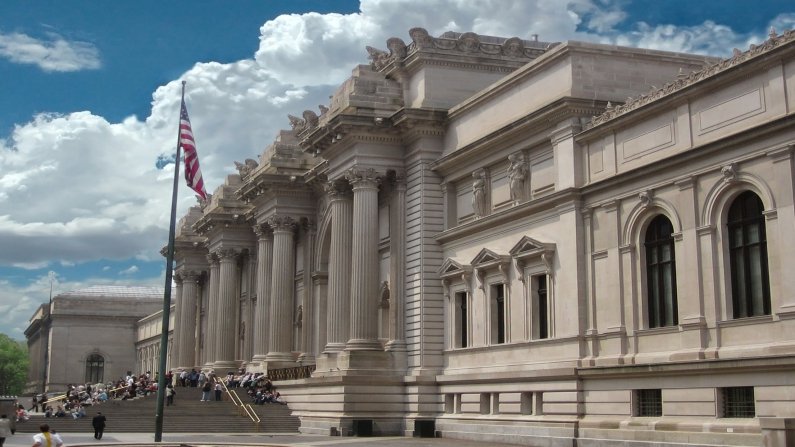 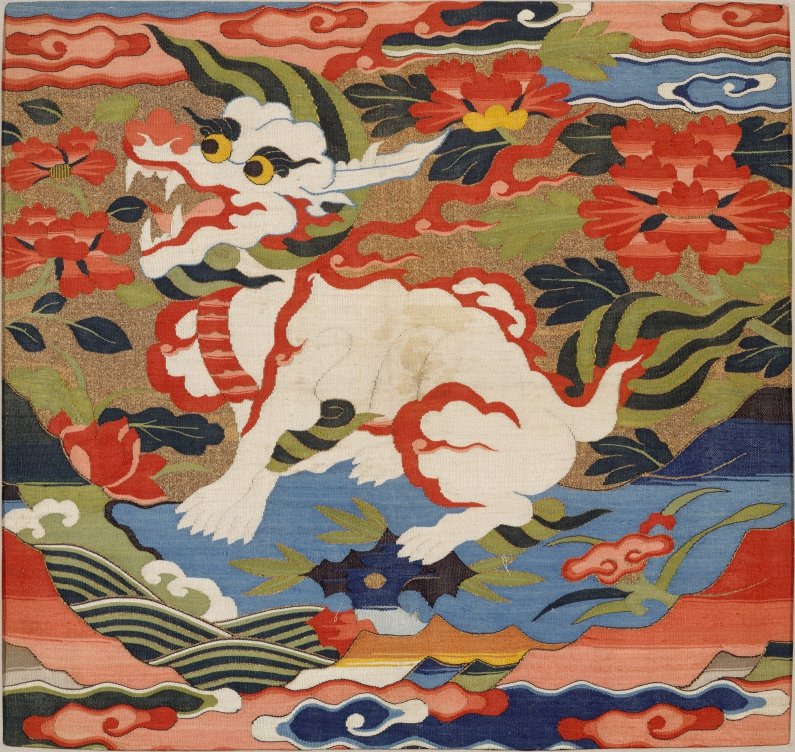 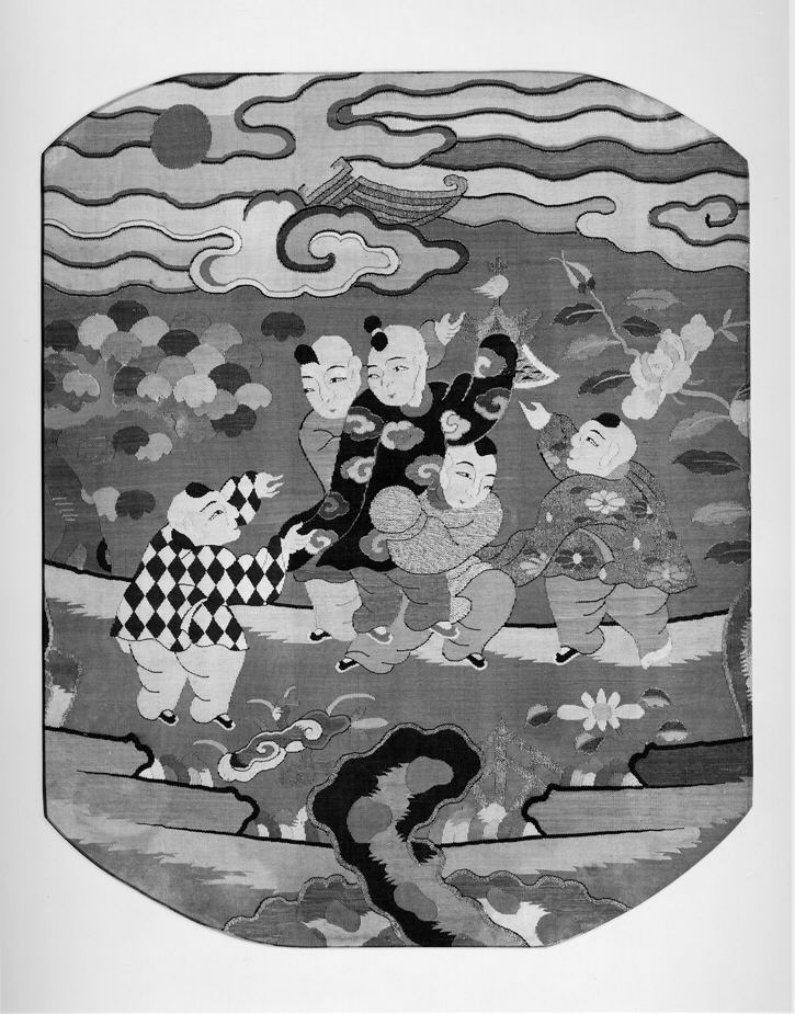 A similar trip to Kansas City in 1941 resulted in the acquisition of 31 pieces of mostly Ming and early Qing dynasty rank and festival badges, sutra covers and fragments by the Nelson Atkins Museum.

South façade of the Nelson-Atkins Museum of Art, ©2007, Courtesy Wikipedia.

These acquisitions include one the earliest recorded examples of needle looping in an American museum. 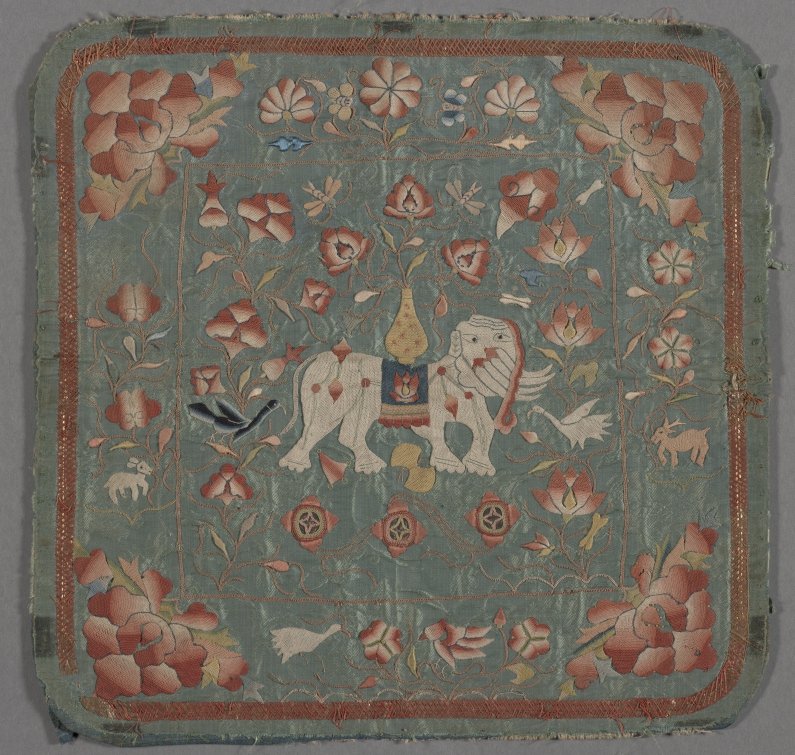 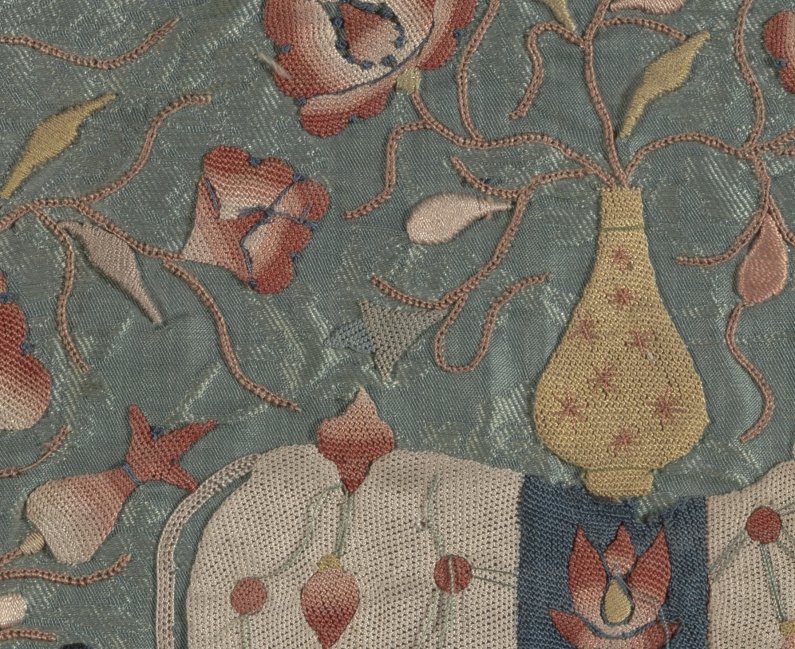 The selection at the Nelson-Atkins Museum includes a number of late Ming dynasty imperial festival badges, as well as early Qing dynasty rank badges. The collection is distinguished by the range of decorative embroidery and special sewing techniques they exhibit. 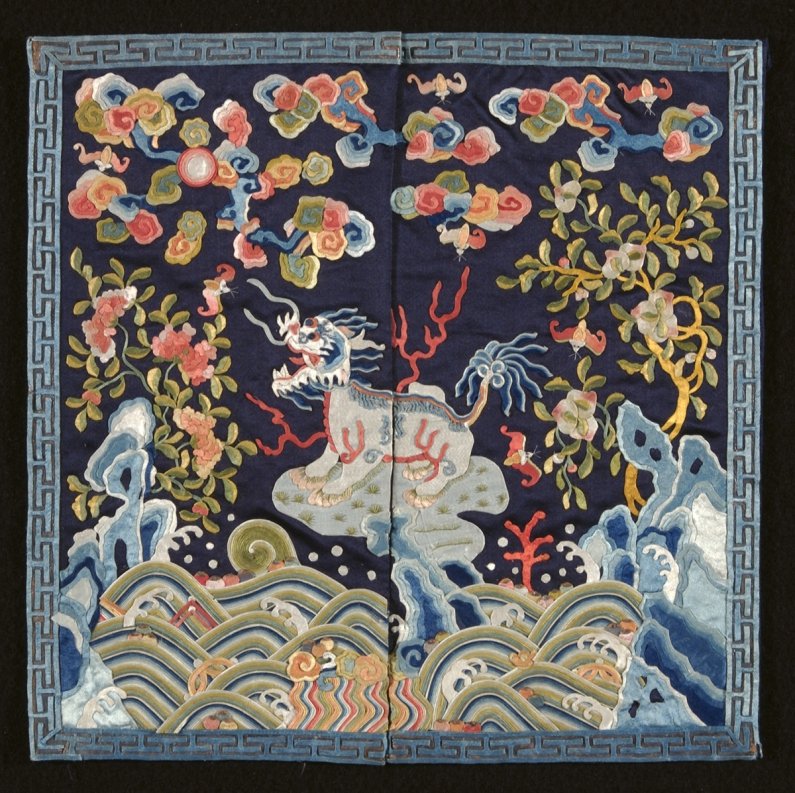 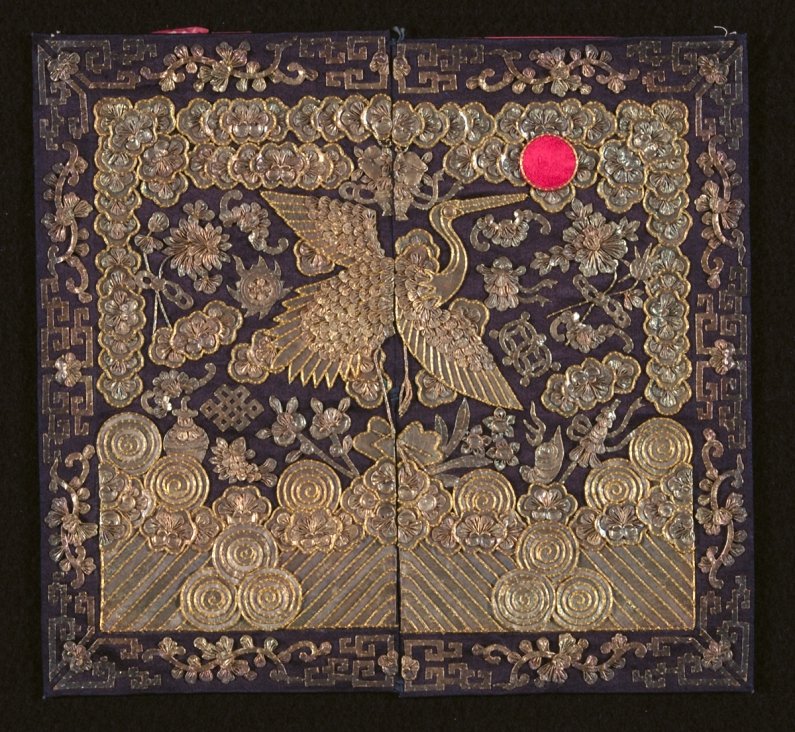 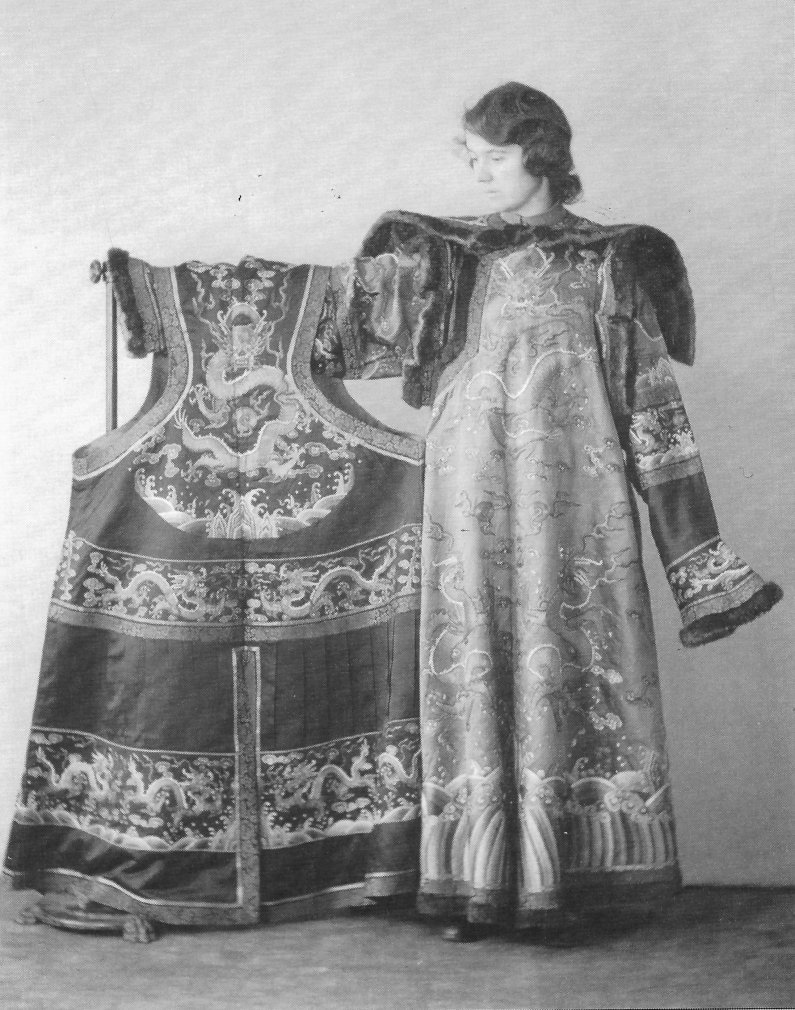 Margaret Krenz St Clair Keenan modeling the chaopao sold to the Nelson-Atkins Museum of Art with a formal court vest of slightly later date of the type that would have been worn with the chaopao, ca.1939. Courtesy Margaret Zee, Peking Dust, p.118. 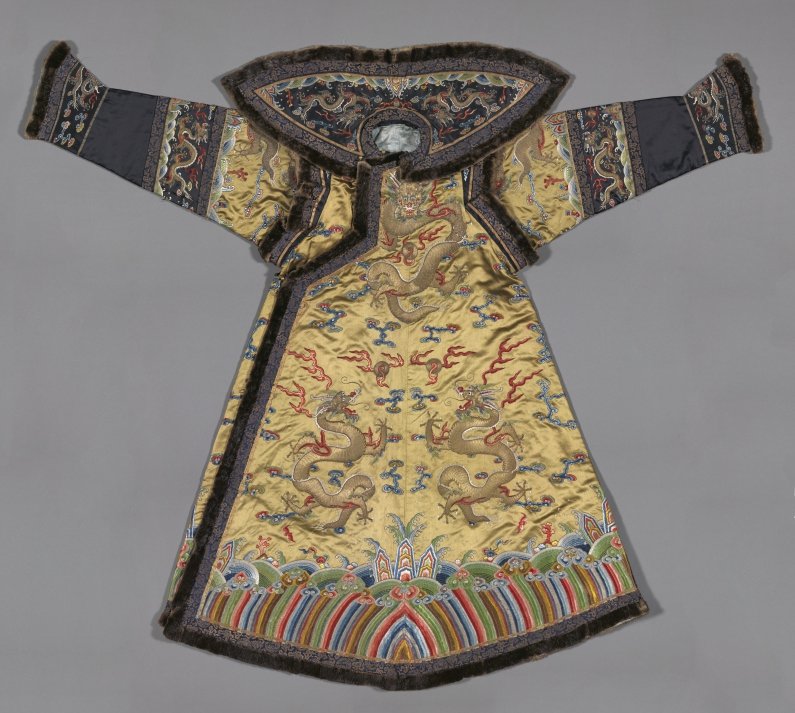 The Japanese interned Julia, her younger daughter Margaret and sister Dorothy at the U.S. legation from December 1941 until the summer of 1942. In the late 1940s Julia Krenz travelled to Asia several times and in 1950 she offered 597 pieces of mostly Qing dynasty rank badges to the Royal Ontario Museum. 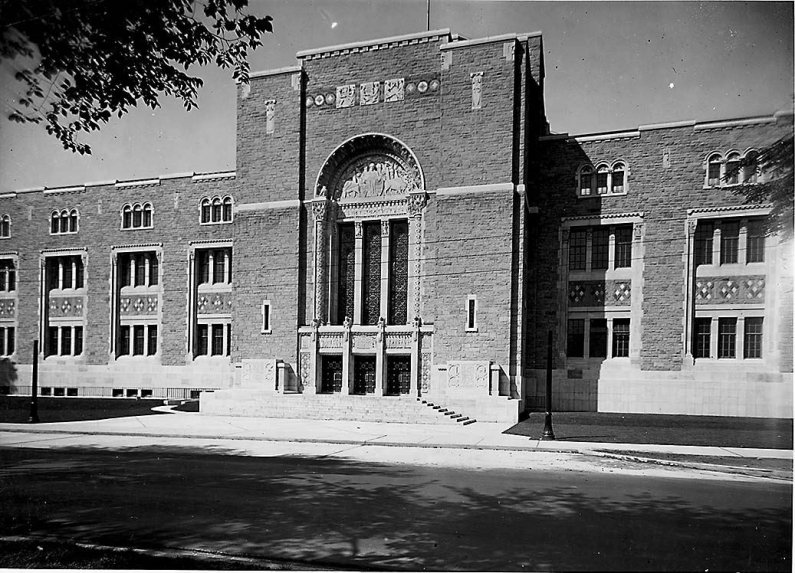 This Chinese insignia collection demonstrates the full range of badge styles, which changed considerably from the 17th to the early 20th century and included a great variety of textile patterning techniques: embroidered, tapestry woven, brocaded satin. 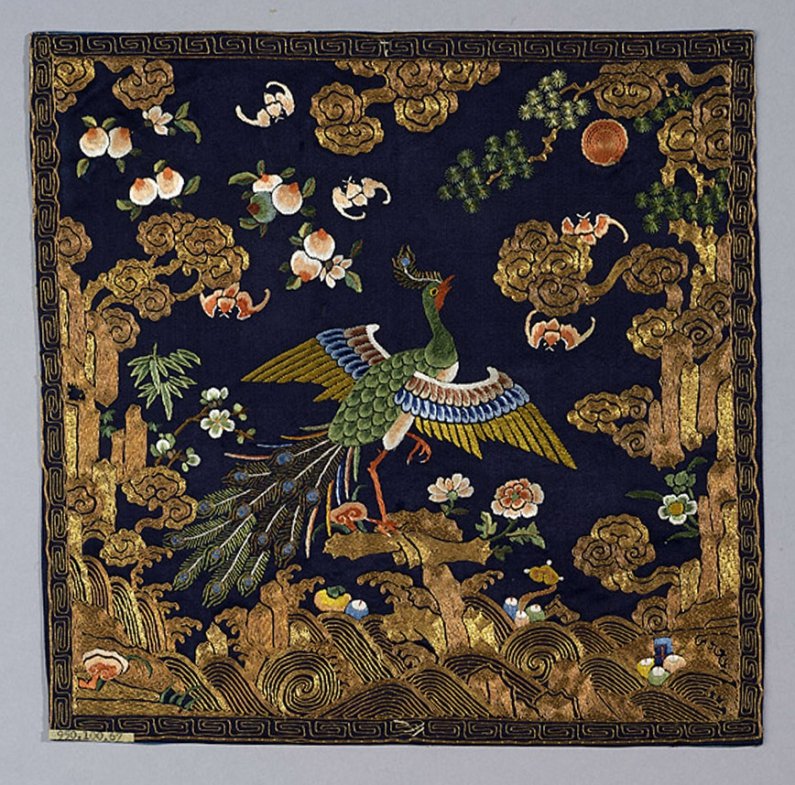 While the Ming dynasty badges at the Met and Nelson-Atkins are among the finest known examples, alas, there only one fragmentary tapestry-woven (kesi) 16th century badge in the Royal Ontario Museum. However there are some rarely encountered badges. 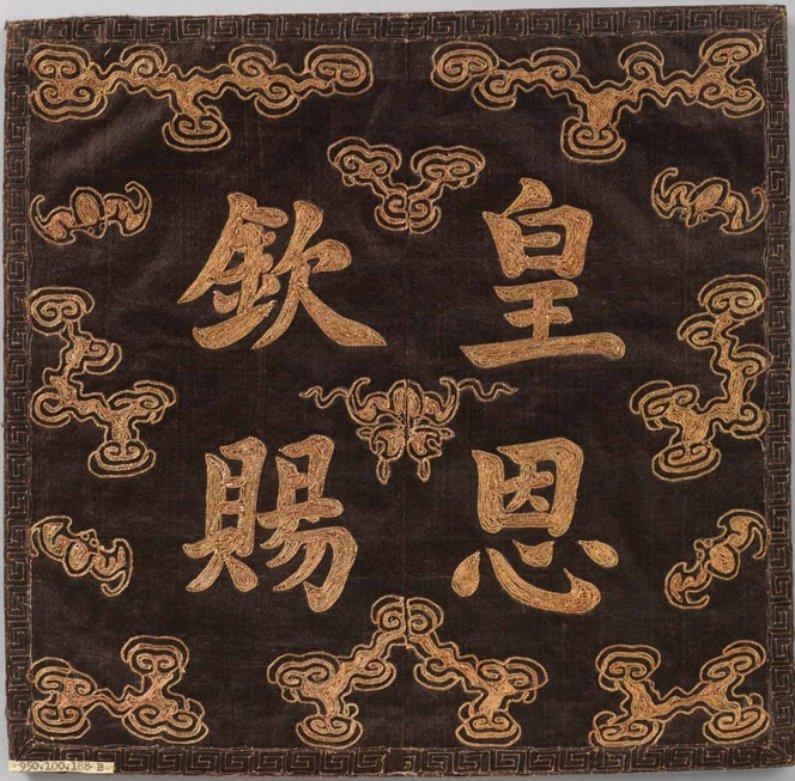 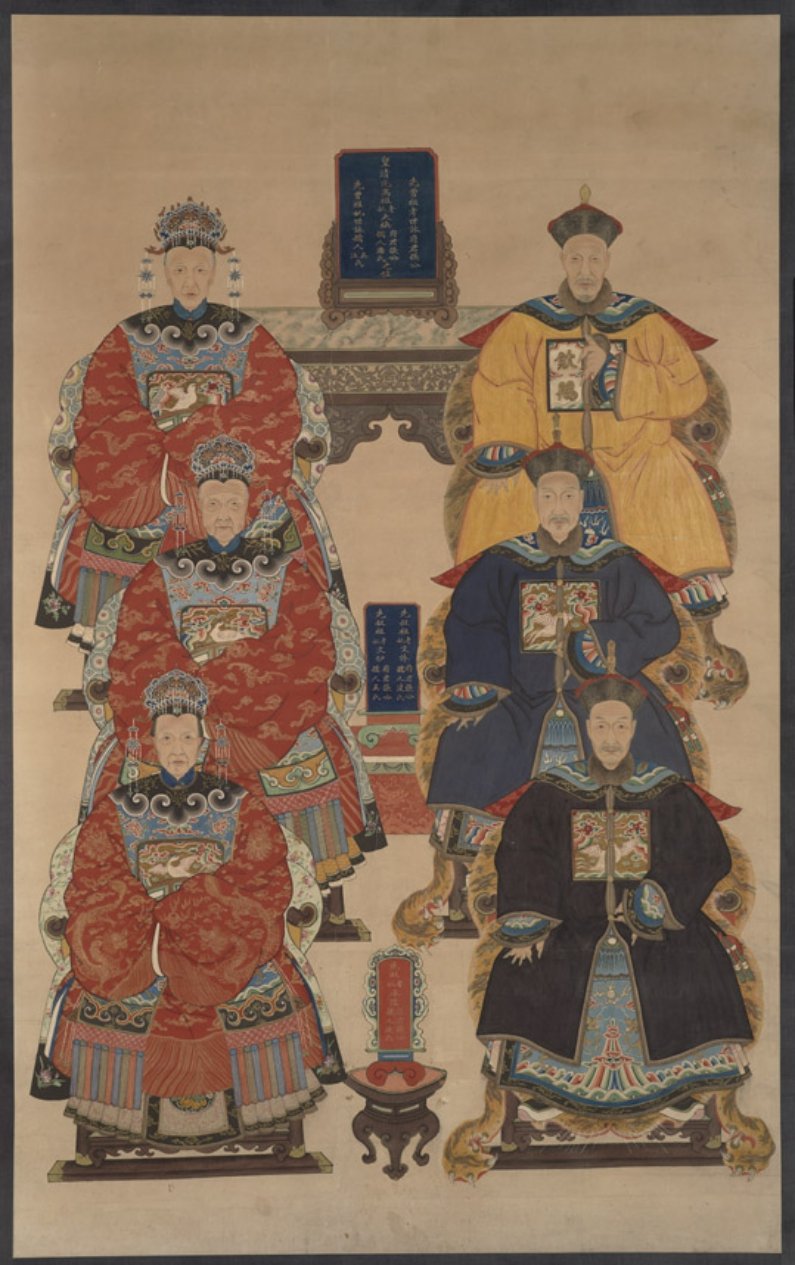 Julia Krenz’s resources were much more limited than those at the disposal of George Crofts and while the number and scope of the artifacts she acquired for museums is similarly more modest. Nonetheless they represent some of the most refined and significant additions to the three museums she supplied.

Julia Krenz retired to Lakefield, Ontario, Canada to be close to her son and died there in 1971.