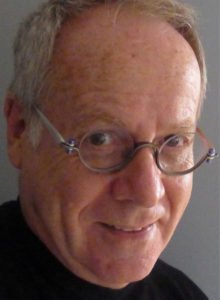 John E. Vollmer is president of Vollmer Cultural Consultants Inc. specializing in strategic planning and practical program development for not-for-profit public and private sector clients in the fields of museum education, arts and culture in the United States, Canada and Asia. The company is noted for its specialized work with collections of textiles and decorative arts and for developing insightful and accessible museum exhibitions ranging from Chinese textiles to baseball, the fashion designs of Mariano Fortuny to Inuit footwear. Mr. Vollmer is also a noted author and editor.

He has held curatorial appointments at the Royal Ontario Museum, Toronto, and at the Glenbow-Alberta Institute in Calgary, Mr. Vollmer also served as director of the Kent State University Museum, Kent, Ohio and was the founding executive director of the Design Exchange in Toronto.

In the academic world, he has held appointments at institutions including the University of Toronto, The School of the Art Institute of Chicago, Nova Scotia College of Art and Design, Dortmund University and Fen Jen Catholic University in Taipei.

Mr. Vollmer is advisor to the Textiles Asia Journal published in Tokyo as well as editor for the East Asia volume of the award winning ten-volume Berg Encyclopedia of World Dress and Fashion, the largest reference source on dress and human adornment worldwide.

Born in American Falls, Idaho, Mr. Vollmer was educated at Columbia University (B.A.) in art history and Asian studies, at Harvard University and at the University of Toronto (M.A.).